Find Out Why Serrapeptase Really Is The ‘Miracle Enzyme’ 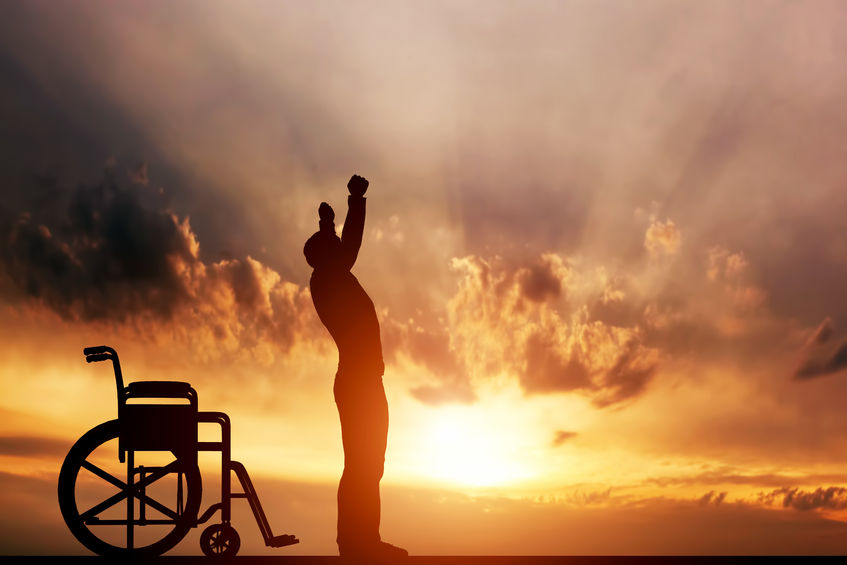 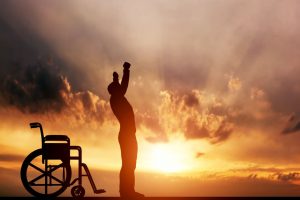 To one man – and now thousands of people, Serrapeptase is known as the Miracle enzyme. When it comes to achieving good health, Serrapeptase helped them to overcome a wide variety of painful health conditions. They can lead a happy and healthy life once again.


Mike Tawse’s incredible story starts in Manchester, England. It is December 2005 and Mike, a 36 year old man sits in his wheelchair – as he did for the previous ten years. He is wondering if he will have or even want another year of life. This comes after having several transient ischaemic attacks (mini strokes), asthma, sinus tachycardia. In addition, he also experienced various digestive problems so severe that he even considered surgery.

Barely able to speak, the fluid on his lungs is choking him and his heart and lungs are failing. His concerned friends are so anxious that they are making plans for his funeral. Born with cerebral palsy, Mike battled to live a normal life, attending school and college. Doctors and medical professionals gradually increased his medications to try and keep him alive. However, all were failing. Everyone was preparing for the worst.

Mike’s turning point came on January 3, 2006 when his friends persuaded him to take two Serrapeptase tablets, twice a day. Mike’s friend had met a local pharmacist Dennis Gore. Known as ‘Dennis the Chemist’, he described the dramatic results his clients received from trying Serrapeptase. He told how an enzyme called Serrapeptase was achieving a reputation for its power. He explained that its an anti-inflammatory, pain reliever  that can be used for clearing inflamed tissue within the body. Most impressive of all, there were no side effects.

Mike’s friend suggested he give it a try. They had no proof, but after much research, decided to give it a go. What happened next shook Mike. In just a few days, the pain diminished, his breathing became easier and his lung capacity measurably improved by 300%.

Mike started a blog to track his journey and to inspire others in their own journey to natural health. On Feb 24, 2006, Mike wrote:

“For the last seven days, my lung function has been great. It has been no lower than 500 litres per minute, and usually around 530 litres. It seems to me that it may well be settling. My heart rate remains normal and even the condition of my skin seems improved. I have now completely stopped all my prescription medications and continue to feel stronger, eating and sleeping better.”

Serrapeptase is Something Special

Mike knew something very special was happening. He contacted Good Health Naturally and spoke to David Meyer, a health coach who told him why Serrapeptase helped with his difficult health condition. When Robert Redfern heard of his success, he could hardly believe his ears.

Yes, Serrapeptase helped improve cases of Asbestosis to Multiple Sclerosis, asthma, internal scar tissue, blocked arteries, etc. What’s so different in Mike’s case is that he had these health problems since birth. He had sunk so low, taking a formidable cocktail of drugs, yet his recovery response came so quick.

A month later in March 2006, Mike wrote how significantly his lung function is improving. ‘My lung function continues to be excellent. My heart rate remains stable and my energy levels are good.’ Mike also mentioned how since having surgery in 1984 he had a red keloid that appeared raised with irregular scarring. Twenty-two years later from taking the Serrapeptase, the scars appeared to be fading in colour and have smoothed out a little. Mike was amazed with his improvements.

Mike’s condition continued to remain stable although he is noticing that he is feeling happier and healthier every day. In July 2006, Mike stopped taking his prescription medication. Astonishingly, he experienced no ill effects from doing so. Five months after taking Serrapeptase and following on from numerous tests, his heart, blood pressure and lung function were all normal. He reports that, ‘Finally, it seems, the medics accepted that, at best, my health may continue to improve and at worst, it can be expected to remain stable’.

Serrapeptase is Truly The Miracle Enzyme

By the end of the year, Mike noticed that while his health changes were less dramatic, the improvements were steady.

Mike points out that there is a lot of confusion around cerebral palsy. He talked about how some people believe it is an illness that can be cured. However, it is a condition, which as he proved, can be ameliorated. However, the dramatic improvement in his eyesight and visual perception remains a mystery factor.

In the second year of Mike’s Serrapeptase journey he talked about the depth of his perception. “The reason why I had never experienced it before is a direct result of the underlying brain damage of cerebral palsy. Thus, my newfound ability to perceive depth, and to make sense of it, cannot be described as a recovery. To the best of my knowledge, it is not possible to recover a skill that was not previously available. This is one bit of the whole story nobody understands. Robert Redfern described Serrapeptase as ‘the miracle enzyme’. It is a description I believe is well deserved.’

Over the years, Mike continued to chart his health improvements, celebrating the one year anniversary of coming off his prescription medication and the remarkable improvements in his eyesight and visual perception. His core muscle strength had also improved considerably, and his improved eyesight means it has moved to ‘within normal range’  since 2007.

On Mike’s 40th birthday in 2009 he woke up and realised he had made it. His improved health reminded him of how important it is to be able to express the simple pleasures of life that so many people take for granted. He continues to improve his condition and vitality daily while focusing on a natural approach to health. “I would like to thank Robert Redfern for is inspiring work with Serrapeptase and I am sure that he will continue to bring hope to people around the world!” says Mike. You can read more about Mike’s Amazing Serrapeptase Adventure here and his Health Care Survivor blog.

Serrapeptase is one part of the health solution but it can create a big impact. Once the inflammation in the body is gone, this allows natural healing to occur. Inflammation in the form of dead tissue and scarring can cause pain and make it difficult for the body to naturally heal itself, causing many health symptoms in the process.

As a proteolytic enzyme, The Miracle Enzyme can safely dissolve the inflammation without affecting the living tissue. Once the dead tissue is dissolved, it is then safely eliminated via the kidneys or liver. Serrapeptase is manufactured within a laboratory and is known to have no known side effects. For best results, 2 x 80,000IU capsules or tablets, to be taken 3 times daily is recommended in most health conditions.

Mike Tawse’s recovery is inspirational but is by no means the exception. Thanks to Mike’s story, thousands of people with health conditions have been inspired to take Serrapeptase. By removing the inflammation and reducing painful symptoms, many have found that their health problems have improved dramatically, enabling them to achieve normal bodily function and to live a happy and healthy life.

Discover this enzyme’s many amazing health benefits in ‘The Miracle Enzym is Serrapeptase’ book by renowned health expert and nutritionalist Robert Redfern. In addition, this remarkable book also contains detailed plans for over 240 health conditions.

– This is a high strength formula containing 250,000IU of Serrapeptase. Thus, it helps in providing fast relief from inflammation and the symptoms of pain that can result in various health conditions.

This is a combination formula of 80,000IU Serrapeptase, Ecklonia Cava, CurcuminX4000™ and Vitamin D3. These core nutrients, combined together, can provide a super supplement that studies show targets dozens of health and age-related issues.

– This is a high dosage formula of 80,000IU delayed release Serrapeptase. In addition, it also has MSM and trace minerals. This is ideal for supporting normal lung, joint, tendon and connective tissue health.

– Contains 80,000IU of Serrapeptase that can support the normal bodily processes of your pet or animal’s health. SerraPet contains Nutrateric Enteric Coated tablets for optimum performance and powerful anti-inflammatory action.

*Please note that this is not intended as medical advice. It is solely informational and educational about health. 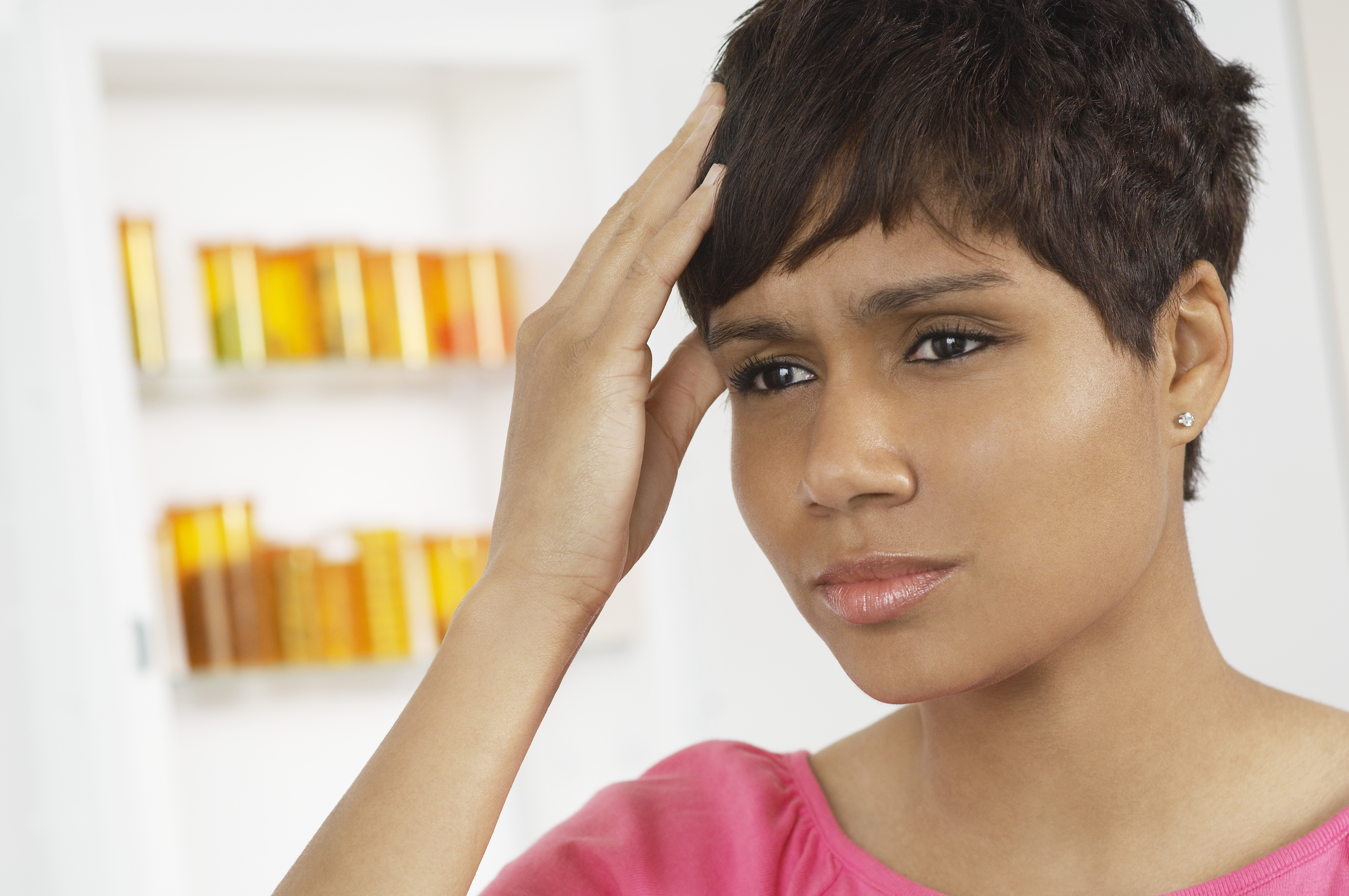 10 Ways that Inflammation Can Worsen Your Health Issues 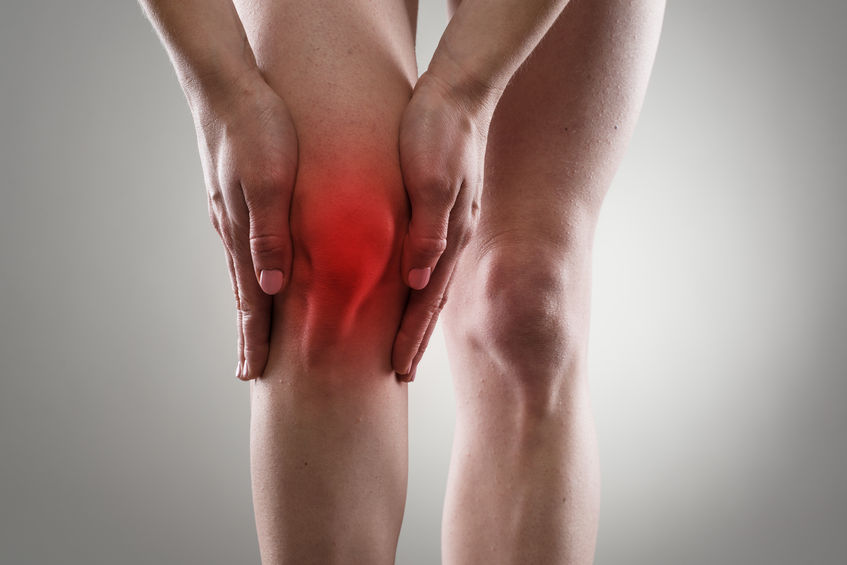 Naturally Control Inflammation In The Body With These Easy Health Tips 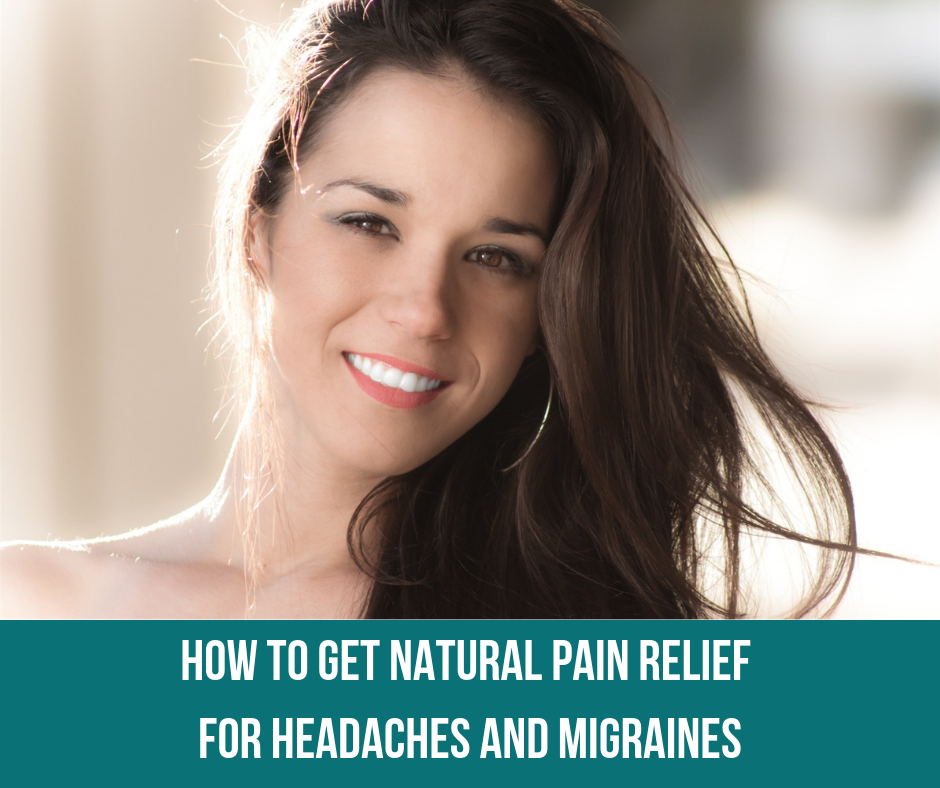 How To Get Natural Relief For Headaches and Migraines 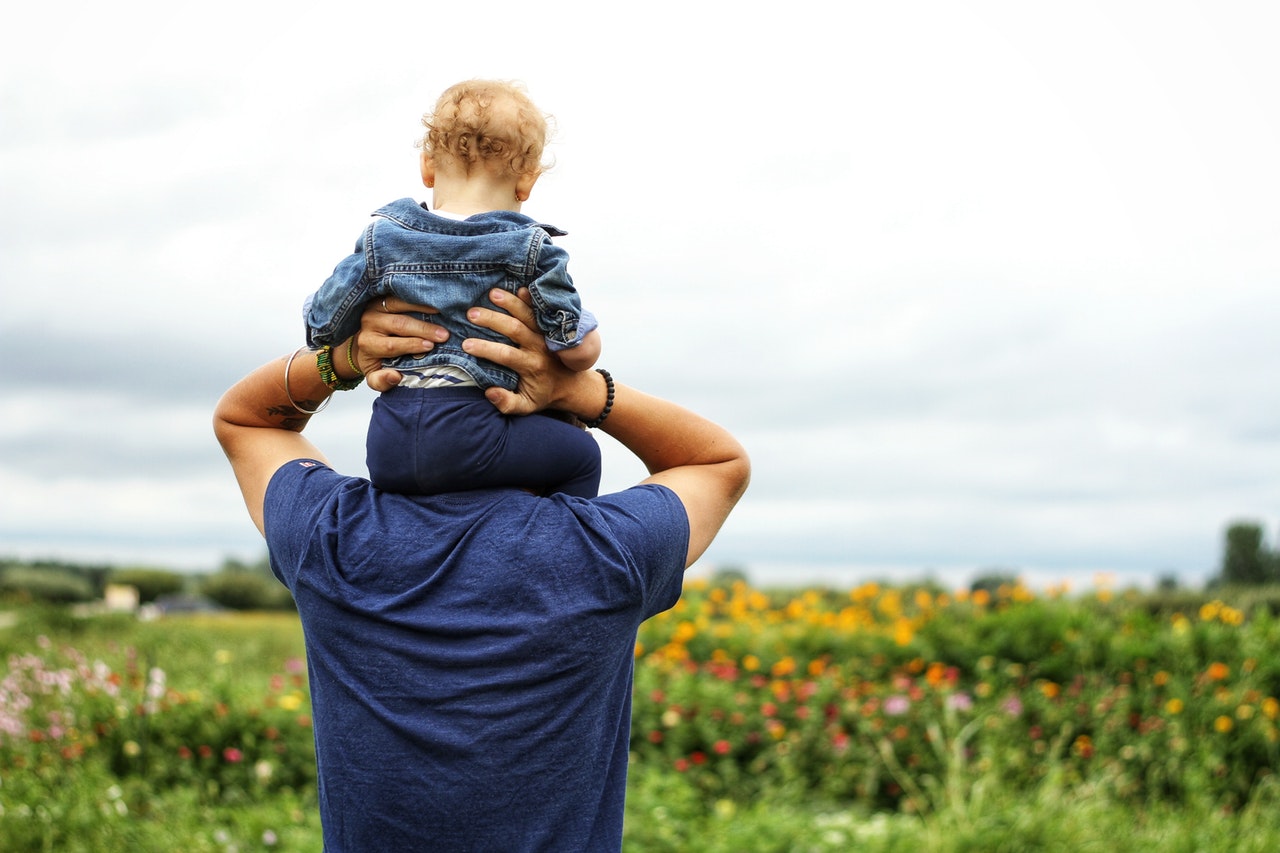