“Never have I been this long without some type of headache pain! Right now I feel great! Serrapeptase really makes the difference!! The little Chihuahua gets her relief next! She is not on any vitamins, but she is taking medication for her enlarged heart and her constant coughing.”

“I am currently giving it to my mare for a tendon injury, been on 8 tablets, 80,000IU, for almost 5 weeks and I am seeing a difference, in fact I saw a distinct change after 2 weeks.”

“I do realise that lipomas are mainly fat rather than protein but I decided to try Serrapeptase on my dog, Tess, who had a very large and solid-feeling lipoma on her side, which was making it difficult for her to run. I also changed her diet from manufactured food to fresh, raw meat and steamed, non-starch vegetables. She was rather overweight and to my amazement, she has lost 6 kg (almost 20% of her body weight) in under three months. She is a lot fitter and the lipoma, although still present, is now much softer and flatter. I’ve seen dogs with lipomas lose weight before and usually the tumour becomes more prominent rather than less so, so I wondered if the Serrapeptase may have played a part.

I’ve read that lipomas are encased in a thin fibrinous capsule which might be reduced by enzymes. I know that in America, vets use injections of collagenase to dissolve lipomas from within, but that this can sometimes damage healthy tissues. Tess already owes a lot to Serrapeptase from a few years ago when her foot was crushed by a car and the wound was so complex that the vet thought it would probably become infected and she would lose her leg. Instead the wound remained clean and healed rapidly without any necrosis, and she made a complete recovery. So… as lipomas are such a problem among middle-aged dogs, and surgical removal is so invasive and costly, I shall continue with the serrapeptase experiment and let you know the result.”

“Mr. Rich was introduced to Serrapeptase when his 13-year-old female dog was unable to walk and the drugs could do no more. With a few weeks of taking it she was up and walking again. Two years later at aged 15 she was still being kept mobile, safely without drugs and at a cheaper cost.”

“In your newsletter, you have asked for feedback about Serrapeptase. I am delighted to give you mine.

I used Serrapeptase on my horse, which sustained a severe tendon injury in April 2003. By June a scan showed that he had a chronic tendonitis with much scar tissue formed, both on the tendons, in the tendon sheaths and in the surrounding ligaments. The prognosis was poor; ‘moderate to guarded for anything more than light hacking’ said the report.

I had no idea about dose, so had to make an educated guess! I fed him 10 tablets of Serrapeptase a day for 6 weeks, then 6 a day for 2 months, then 3 a day for a further 2 months. He has just been re-scanned (November 2003). To my delight, the scan showed almost a full recovery. There is minimal scarring on the tendons, and none in the tendon sheaths or ligaments. He is expected to get back to full work now.

I can now bring him back into work. I will increase the work slowly over a period of 2 -3 months, and continue on a maintenance dose of Serrapeptase (2 a day) for a while. This is a truly remarkable recovery, and I am absolutely delighted.

I will be spreading the word!”

Dog walks because of Serrapeptase miracle!

“Hi Robert, Just thought I’d share this happy customer’s story with you… Just wanted to let you know the success we have had with our dog taking Serrapeptase.

Approx. 9 weeks ago he was diagnosed with a sizeable blood clot that was affecting the blood supply to his rear legs, so much so that he went onto 3 legs as his left leg was very painful and eventually did not want to walk.

The scan that we had confirmed the position and size of the clot and that he did not have a pulse in either leg. He was given about a week to live.

I started him on Serrapeptase double strength 3 times a day and each day he has slowly got better and better. Approx. 1 month ago he went for his check-up and the vet informed me that his pulse had returned in his right leg and just two weeks later we returned to the vet to be told that he now has a pulse in both legs.

He is now almost back to his old self and walking a full perimeter of our park and enjoys chasing his ball again which for us is fantastic news.

All of this I am sure is down to the Serrapeptase that we have given him…. even the vet has said he is a walking miracle!”

“We fully realize here at our kennels that there is no placebo effect for dogs or cats. They do not expect and have no beliefs about any help we can give them and therefore any help administered to our canine guests is obviously beneficial and invaluable to them and us.

We have used serrapeptase with great effect both on dogs and cats here and the owners have continued at home. There have been real benefits with cysts, lipomas and circulation in the situation of any healing methods for wounds they had without necrosis.

Arthritis has been noted to specifically improve, movement is always noticeable and the benefit of serrapeptase for all lumps and cysts is confidently clear to us. We have also used Prebiotic14 in digestive anomalies and this is a huge benefit. Digestive ailments tend to respond within 2-3 days or sooner. Probiotics have been invaluable to turn to. Also the pet owners now use them for their ogs and cats with ‘dodgy and sensitive’ tummies!

On occasion we have also used Hydro Silver for infection and Nascent Iodine topically. These are all gentle aids to health along with following a natural diet. This can help a much loved pet to live a longer and happier life.”

“I once gave Serrapeptase to another cat I had, but can’t remember how I did it. I think I syringed the powder mixed with water into her mouth when she had an empty stomach. She had a naso-pharyngeal cancer and the serrapeptase cured it.

I know it was the Serrapeptase because the vets couldn’t understand why the tumour went away. They were only prescribing steroids which they certainly didn’t expect to be a cure, only a temporary drug to relieve the symptoms. 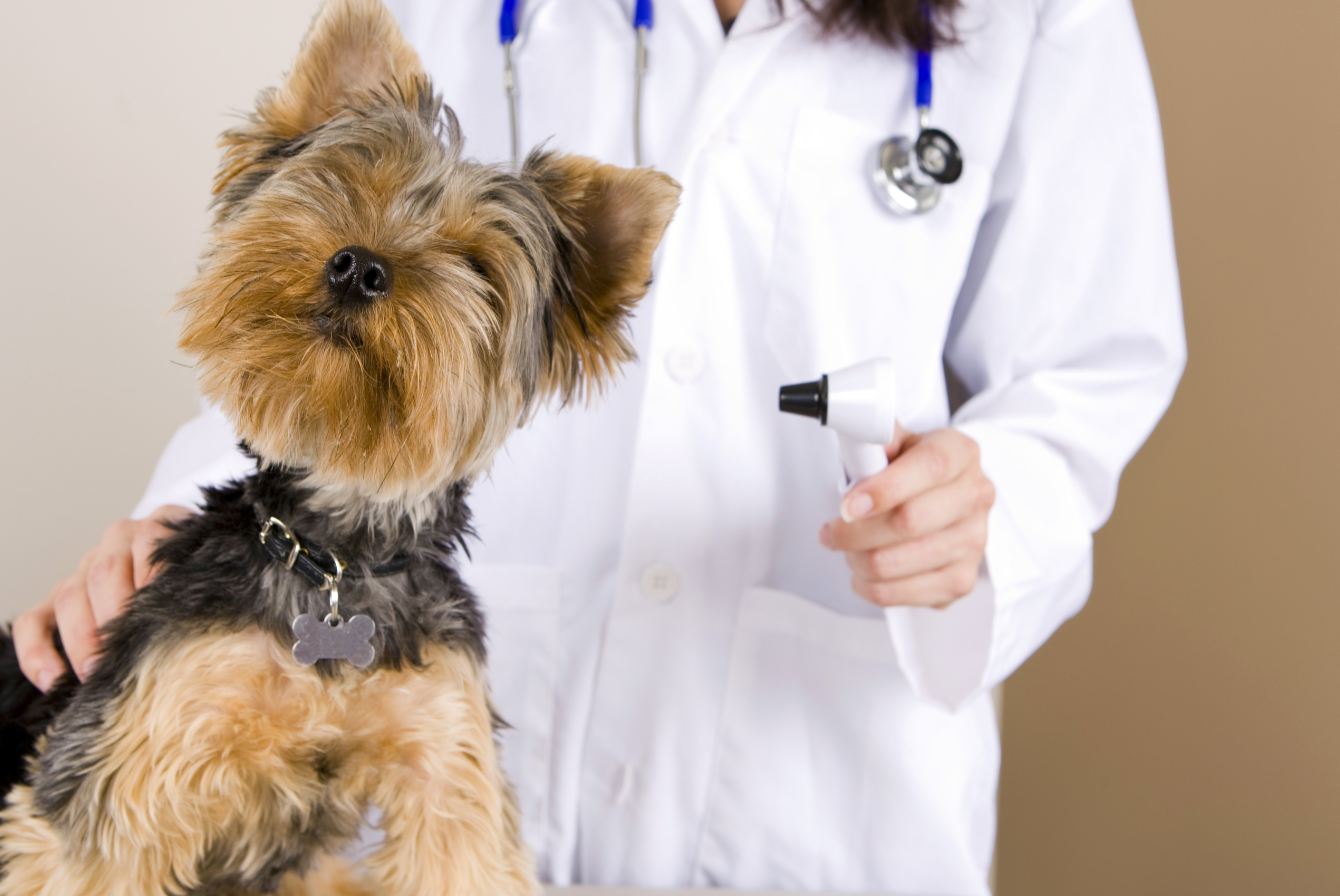 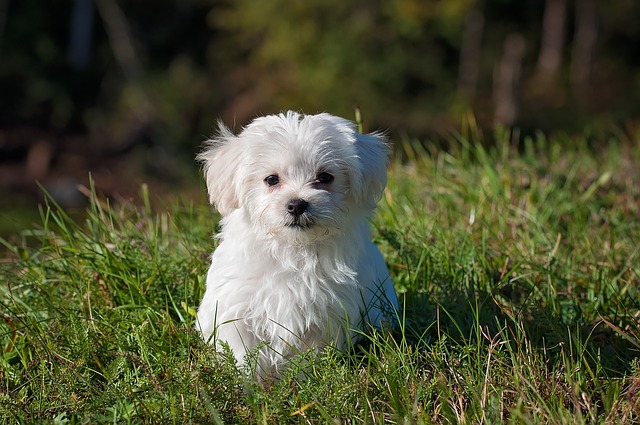 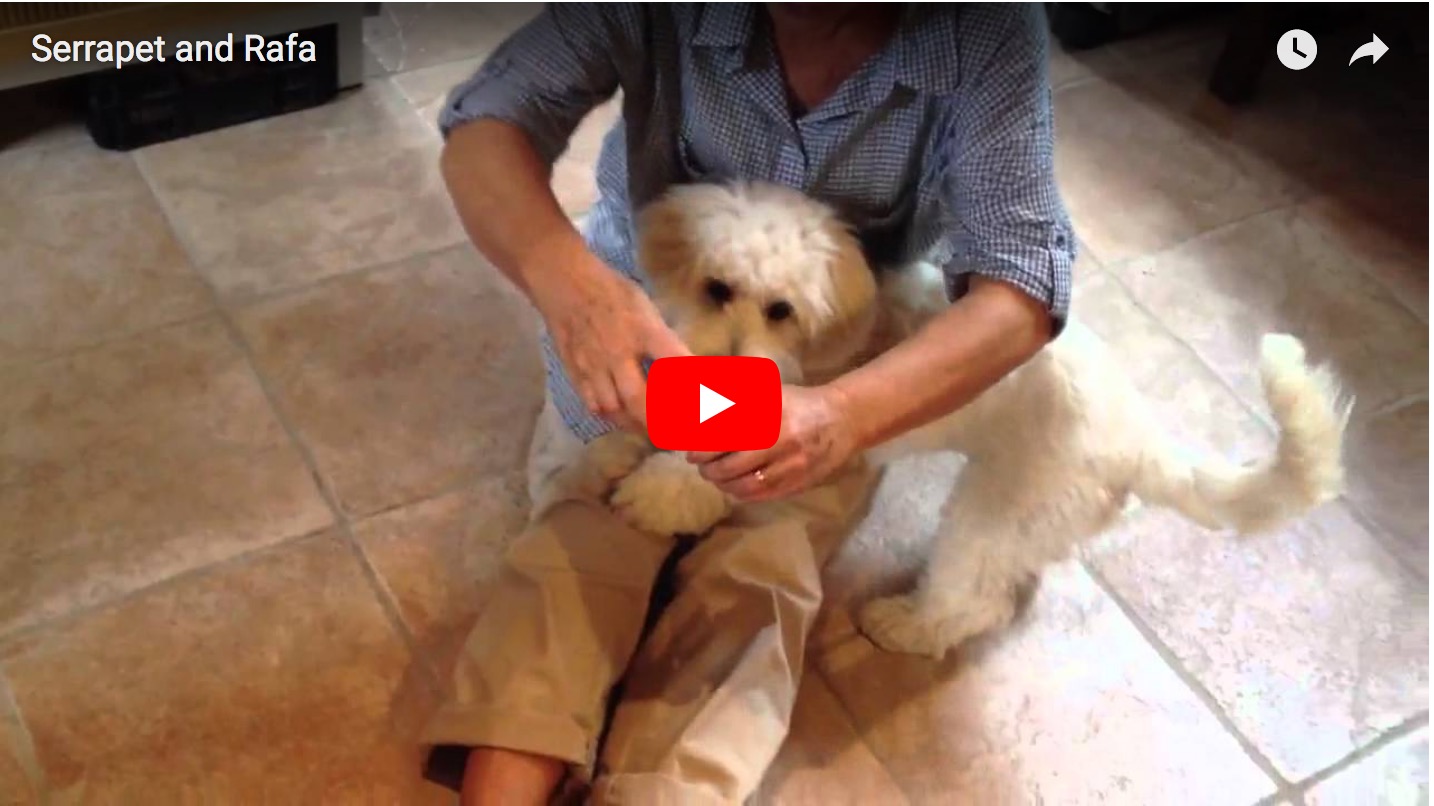